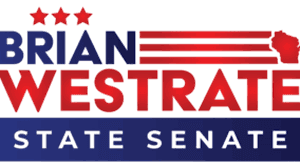 wqow.com
WI Republican Party Treasurer, Brian Westrate, discusses the SCOTUS leak which has people buzzing about Roe vs. Wade potentially being overturned and thrown back to the states. He discusses what potential ramifications the decision could have in WI and rebuts comments from State Sen. and abortion rights supporter, Kelda Roys(D-Madison). In addition he touts being endorsed by former WI Gov., Scott Walker, in his bid  to succeed Kathy Bernier in the 23rd State Senate district, where he faces two candidates in an Aug. 9th primary.
Listen Now
Posted by Mark Halvorsen at 10:39 AM