Hannah Roeske was an All State Cross Country Runner at Eau Claire Memorial. Now the Freshman at Wheaton College has added to her honors by being named an All America in her first year with  the Thunder. Hannah joins Greg on Sports and Commentary to talk about last weekend's NCAA Division 3 championships, her All American season and her faith. Part 1 of a 2 part series. 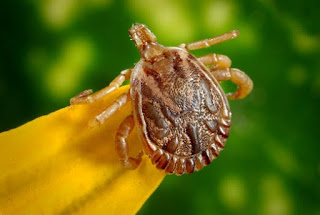 Paul Anthony of WWIB/WOGO Radio presents the topic of Lyme Disease and is joined by Dr. Phil Peletteri and Dr. Holly Frost.  They discuss the types of ticks in Wisconsin, the diseases they carry and transmit, as well as the physical effects of Lyme Disease on the body along with treatments and prevention.

On the season's opening night in Chippewa Falls, Chi-Hi (0-1, 0-0 Big Rivers Conference) fought hard in the first half against La Crosse Aquinas (1-1, 0-0 Mississippi Valley Conference), as the game was a 12 point contest at the half. With a series of buckets in the early 2nd half as Chi Hi struggled to find rhythm on offense, Aquinas stretched their lead and won convincingly.

Aquinas is the defending runner up in the state in Division 4, so for Chi Hi to make a game of it in the first half in particular showed the resolve of young team with 1 senior and 8 sophomores on it's varsity roster.

WOGO "RadioActive" Award Watch:
Sophomore Alexis Zenner led the team in scoring with 16 points, with 12 in the first half including a 3 point make. Sophomores Ashley Hanley and Aaliyah McMillan each had 13 points, and sophomore Caelan Givens also finished in double figures with 11 points for Chi Hi.

Listen Now
Download
Posted by Elijah at 10:57 AM No comments: