Nutritionist, Karen Hurd, answers questions; House Speaker Paul D. Ryan tries clarifying more than ever he will NOT accept his party's nomination for President; Sen. Ted Cruz(R-TX) says he's not concerned about the GOP establishment stealing the nomination from him.
Listen Now


Download
Posted by Mark Halvorsen at 2:35 PM No comments:

Dr. Drew Kaminski of Back on Track Family Chiropractic sponsored the opening segment and discussed Spring growth, running season, cholesterol, "the principle of growth...has to come from stress or stretch", growing a lifestyle and shop with the doc is this Sat.; Nutritionist, Karen Hurd, says, "You may have heard consuming too much protein could cause kidney damage," but she believes otherwise. Plus, she answers questions.
Listen Now
Download
Posted by Mark Halvorsen at 2:29 PM No comments: 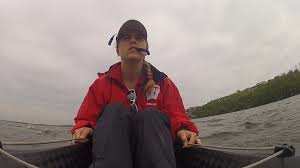 University of Wisconsin Sophomore Coxswain Lily Hansen joins Greg on Sports and Commentary to talk about how she started in the sport and her 12th ranked Badgers season.
﻿
﻿
Posted by Greg Steward at 1:41 PM No comments:

Listen Now
Download
Posted by Caleb at 12:10 PM No comments: