Beginning their Big Rivers Conference schedule at home, the Chippewa Falls Cardinals (2-1, 0-1 Big Rivers Conference) traded early turnovers with the Raiders (3-0, 1-0  BRC), before a nearly 1 hour and 40 minute weather delay stopped the action near the end of the first quarter.

After play resumed, the Cards battled fiercely on defense but were never quite able to overcome the formidable Hudson defensive line as they struggled to get their offense in gear. Off the field, however, Chi-Hi's 10th Annual Veterans Night was an unquestioned success, kicking off a drive for warm winter clothing items for homeless veterans and providing over $2,400 in donations during the "Miracle Minute."

WOGO "RadioActive" Award Watch:
Senior DB Jackson Gugel intercepted yet another pass, his third of the season, as the Cardinals defense put up a valiant effort in a very physical contest.
The Chi-Hi student section also proved their mettle, providing boundless energy and enthusiasm before, after, (and during) the weather delay. 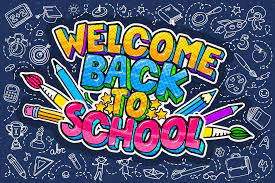 whnt.com
Listen Now
Download
Posted by Mark Halvorsen at 10:05 AM No comments: