Back on their home floor for the first time in three weeks, the Macks (10-4, 6-4 Western Cloverbelt Conference) took an early five-point lead against the visiting Railroaders (13-7, 7-4 WCC), but an extended scoring drought left them behind by seven at the break.

Both teams played strong defense throughout, but Altoona hit just enough shots to pull away every time McDonell came within a single possession, and held on at the end to notch a crucial conference victory.

36 year ago Glenn Blackwood was the starting Strong Safety for Don Shula's Miami Dolphins Superbowl 19 team. He also started for Miami 2 years earlier in Superbowl 17. The 63 year old who played ten years in the NFL, all with Miami joins Greg on Sports and Commentary to talk about his title game memories and his faith. Part 1 of a 4 part series.
Posted by Greg Steward at 11:28 AM No comments:

Listen Now
Download
Posted by Greg Steward at 11:17 AM No comments: 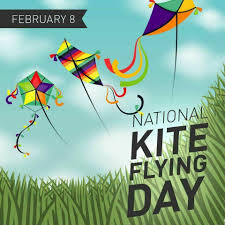 pinterest.com
Listen Now
Download
Posted by Mark Halvorsen at 11:11 AM No comments: