When Olive Sagapolu was playing Nose Tackle for the Wisconsin Badgers football team between 2015 and 19 he was literally the "Big" man on campus at 345 pounds. But the kid from California was surprisingly athletic and agile and made the standing backflip famous. "Sags" was just signed as a free agent by the Atlanta Falcons and he joins Greg on Sports and Commentary to talk about his new NFL home and his faith in Jesus. Part 2 of a 4 part series.
Posted by Greg Steward at 12:14 PM No comments: 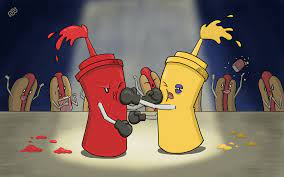 blog.eyewire.org
Listen Now
Download
Posted by Mark Halvorsen at 9:37 AM No comments: