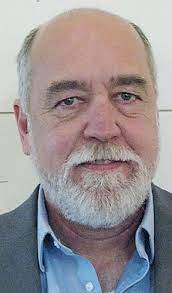 Chris Connell                   leadertelegram.com
First, WI's Dept. of Health Services Secretary-Designate, Karen Timberlake, offers tips for families regarding the shortage of infant formula. Second, Chippewa County Sheriff, James Kowalczyk, says the "Click it or Ticket" campaign, running from May 23rd-June 5th, has law enforcement agencies nationwide teaming up to reinforce the lifesaving benefits of wearing a seatbelt. Also, during National Safe Boating Week the DNR is reminding boaters that wearing a life jacket could save your life. Finally, 61 year old mechanic, Chris Connell, says his passion to protect our liberties and buck the establishment is what's driving him in his pursuit of the Republican nomination in the 68th Assembly District.

Listen Now
Posted by Mark Halvorsen at 10:12 AM