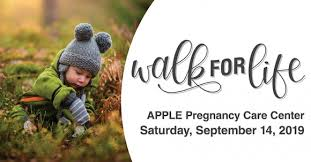 Wisconsin Congressman, Sean Duffy(R-Weston), announces he's resigning effective Sept. 23rd, from his 7th Congressional District seat. Duffy and his wife, Rachel, appeared on Fox to discuss his decision to step down as the couple awaits the birth of their ninth child, a little girl with a heart defect. Speculation abounds as to who may pursue the seat in a special election to be called by Gov. Evers. Meanwhile, we also feature the conversation Caleb Svendsen and Mark Halvorsen had with APPLE pregnancy care center Director, Melinda Gardner, about their upcoming annual "Walk for Life" on Sept. 14th at Owen Park in Eau Claire.

Posted by Mark Halvorsen at 8:44 AM