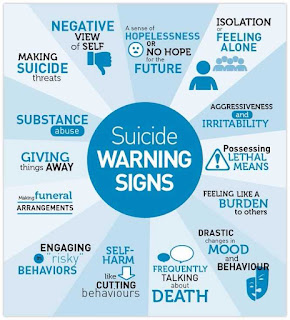 Black River Falls police chief, Kelly Bakken, says her qualifications to be Altoona's next police chief extend beyond heading the BRF police department the past 18 months. Meanwhile, on a below-zero night, January 31st, 261 people turned out at Micon Cinema in Chippewa Falls for a showing of the movie, "Suicide: The Ripple Effect." The event was put on by Shaun & Tim Curtis, in memory of their 19 year old son, Dominic Curtis, who took his own life this past November 25th. Shaun tells us what a great young man he was, and about their efforts to launch a foundation in his memory. In a related conversation, we talk to Barb Habben, Education/Program Coordinator with NAMI(National Alliance on Mental Illness) Chippewa Valley. Finally, we hear a portion of Gov. Evers meeting the Chippewa Valley media during a stop in Eau Claire, the day after his State of the State Address.

Posted by Mark Halvorsen at 9:39 AM